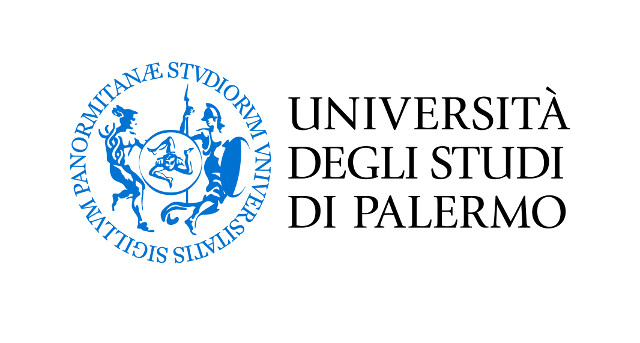 The UNIPA group has a wide experience in advanced monitoring systems and environmental modelling. The application of remote sensing techniques to monitor key environment variables is the core of the skill of UNIPA group. Wide competences in remote sensing applications for water quality monitoring, modelling and management have been acquired by the UNIPA group. These competences were developed also in cooperation with national and international institutions (e.g. University of Edinburgh, CSIRO, University of Budapest, USDA, JRC, and University of Malta).

The capacity to combine advanced monitoring and modelling systems is the added value of the UNIPA involved researchers. Furthermore the UNIPA group, during the last 20 years, developed a strong experience in managing complex operational  projects  and in coordinating partners actions.

i-waveNET will benefit of data collected by the HF coastal radar network installed during the CALYPSO projects in which the UNIPA group gained a strong experience and expertise in supporting the Sicilian partners to solve technical (and bureaucratic problems) related to installation of the HF radars at the Pozzallo and Marina di Ragusa harbours. In particular, UNIPA installed a third HF radar in Sicily (in the Licata harbour) and played an important role in the involvement of the Italian stakeholders in the working group activities. Also, UNIPA developed algorithm chains for data gap filling and short term forecasting (e.g. ARMA models).

Within i-waveNET, as the project’s leader, UNIPA will coordinate/support all partners during all their activities whith the aim to achieve all the project’s goals.

More specific tasks will be:

The mission of the Department of Biological, Geological and Environmental Sciences (DSBGA) of the University of Catania (UNICT) is to produce scientific research and to organize study courses and other educational activities with educational contents and objectives designed to meet the current needs of society, with particular reference to the fields of biological, geological, natural and environmental sciences. In particular, the DSBGA’s research objective is to improve the ability to produce scientific results of international importance and their dissemination in all the different fields and scientific-disciplinary sectors of the Department. In particular, the research areas of the DSBGA concern the themes “Environment, Health and Cultural Heritage”. The varied and complementary skills in the geological, biological and environmental fields place the DSBGA at the forefront in the analysis of environmental risks, the first fundamental step for their mitigation.

In particular, the geophysical group, belonging to the Earth Sciences area of ​​the DSBGA, boasts decades of experience in the analysis of Sicilian seismicity, and more generally of the Mediterranean basin in close synergy with the Osservatorio Etneo – Istituto Nazionale di Geofisica e Vulcanologia (INGV). These geophysical and seismological skills are now also applied to the study and analysis of microseism, the most continuous and ubiquitous seismic signal on Earth, generated by the interaction between atmosphere, hydrosphere and solid Earth (Cannata et al., 2019; Cannata et al., 2020; Moschella et al., 2020).

In this regard, the tasks of UNICT in the i-waveNET project, that will be performed in collaboration with University of Malta and INGV, will be:

– Acquisition of microseism through temporary arrays and data analysis: microseism signals will be acquired from temporary seismic stations, installed in an array configuration. Different geometries and spacings between the stations that make up the arrays will be tested for the study of the different types of microseism (primary, secondary, short-term secondary). Once acquired and analyzed with algorithms suitable for arrays (for example the frequency – wave number f–k technique), these data will allow to characterize the different sources of microseism, and therefore the main areas of elastic energy transfer from sea waves to solid Earth. This information will be used for the accurate choice of the subset of permanent seismic stations to be used in the monitoring system and of the frequency bands of the microseism to be investigated;

– Installation of permanent seismic stations in Sicilian sites equipped with HF radar, to increase the information of microseism acquired directly near the coastal areas to be monitored;

– Statistical comparison between microseism and sea state. The seismic data will be quantitatively compared with the information of the sea state in terms of sea wave activity (from wave buoys, HF radar, altimetric satellites, hindcast maps) using different statistical techniques in the time and frequency domain (based for example on cross-correlation and Spearman coefficients, coherence, wavelet coherence and wavelet cross-spectrum).

The Istituto Nazionale di Geofisica e Vulcanologia (INGV, National Institute of Geophysics and Volcanology) was established in 1999 by merging five institutes already operating in the geophysical and volcanological disciplines.

The INGV institutional mandate includes the development of scientific knowledge on the Earth System in its various phenomenologies and solid and fluid components, and mitigation of associated natural hazards.

As a component of the National Protection Service Civil, as well as the Competence Center of the Department of Civil Protection, the INGV is entrusted with the surveillance of the seismicity of the entire national territory and the activity of volcanoes active Italians and tsunamis in the Mediterranean area, through the management of observation networks.

In the framework of i-waveNET project, INGV offers the knowledge acquired for:

In this regard, the tasks of INGV within the i-waveNET project are:

The Institute for Environmental Protection and Research (ISPRA) is a public body that acts under the vigilance and policy guidance of the Italian Minister For Ecological Transition. ISPRA is endowed with technical, scientific, organizational, managerial, administrative, and financial autonomy. The Institute performs scientific, technical, and research functions as well as assessment, monitoring, control, communication, training, and education activities. Supports the Ministry in several environmental sectors, i.e. marine and water environments, soil, air, habitats, ecosystems, and biodiversity. Furthermore, ISPRA operates within the National System for Environmental Protection (SNPA) composed of Regional and Provincial Agencies, according to a federative system, combining the direct knowledge and experience of local environmental issues with national and European policies for environmental protection. ISPRA participates in numerous projects funded by the European Union, for some of which ISPRA plays the role of coordinator.

Within the i-waveNET project, ISPRA is mainly involved in the WP3 activities concerning the enhancement of the observing measuring networks already working, as well as the installation of new observation systems. In this context, ISPRA will restore in the Strait of Sicily the marine monitoring stations of the national tide-gauge network (RMN), which provides data on the sea level and coastal meteorology, and of the national wave buoy network (RON), that provides wave and meteo parameters. ISPRA will also install a new station offshore Marina di Ragusa consisting of a directional wave buoy. As exclusive use of the project, the buoy will be necessary for the calibration and validation of the HF radar and microseism systems. Moreover, ISPRA will deal with the integration of available databases, organization, post-processing, and modeling of data from the observing systems and remote sensing and, moreover, will include them in the linked open data system LinkedISPRA (aim of WP4). Within the WP5, ISPRA will provide scientific-technical support for the implementation of a Decision Support System (DSS) for the zoning of the sea state, useful for the safety of maritime traffic.

The  Department of Geosciences within the Faculty of Science is intended to spearhead the response of the University of Malta to the challenges and opportunities related to sustainable development, geohazards, climate and ecosystem monitoring, resource management and technological advancement. The Department is largely an applied research institution in the earth-related sciences, founded on a strong base of interdisciplinary science, with a focus on operational oceanography, seismology and geophysics, marine geology, and atmosphere and climate research.

The Department of Geosciences strives to be a national reference point for matters related to the scientific understanding of the land, marine and atmospheric environments, at local, regional and larger scales. With the launch of the undergraduate course, and a number of postgraduate student opportunities, it aspires to be also an exciting and challenging hub for student participation in fundamental studies and applied research, using the latest technologies and international opportunities. The primary research areas within the Department of Geosciences are Atmospheric and Climate Studies, Geology and Geophysics and Operational Oceanography.

Within i-waveNET, the University of Malta will be responsible for the installation of a wave buoy, a coastal station and seismic stations, to strengthen the existing observation networks and provide real-time data to stakeholders. The University will also develop a Decision Support System, in collaboration with other partners, based on the requirements of stakeholders.